Last week Cochinsquare had a chance to meet up with Sreejith Vijay , the upcoming actor . Currently playing the lead role in Rathinirvedham here is what he had to say , 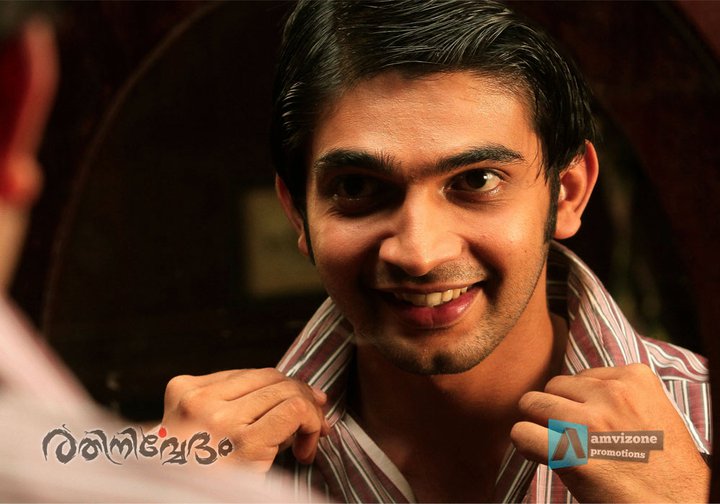 1. First of all can you give us a brief intro about you and your entry to the Movie Field?

My home is located at Thiruvankulam , near Thripunithura. Unlike all other Engineering Graduates, I switched to modeling after passing out in the year 2008 from Viswajyothi Engineering College.  The passion for acting was driving me to pick this field.  During my modeling days I used to give auditions to movies and that’s when I met Fazil sir.  After a 3 day audition, Fazil sir was happy with me and I was informed that I am playing a lead role in his new film. I was lucky to have a debut with such a great director.

2.       A switch from modeling to acting how was it different to be an actor?

Compared to acting modeling is child’s play. Everyone with some good looks and photogenic face can do modeling. But acting is entirely different. The person should get involved and be the character when acting is concerned. Modeling needs only a pose or just a smile related to the ads and that’s the end of it. But acting requires more dedication and effort.

3.       First Film with one of the best director in Malayalam movies how was the experience?

Many said Fazil sir was a tough director to be with but even from the first day he proved it wrong. He was very helpful in the locations of ‘Living together ‘and he did not allow the nervousness off a debutant affect me.

4. Rathinirvedham was one of the land mark movie in Malayalam movie industry, how does it feel to be in the remake playing the lead   role?

I am very grateful to T.K Rajeev Kumar sir for choosing me. Yea! The old movie is a classic; nobody can reach up to that limit. But still i think i did a pretty good job. Senior artists and director was very helpful so that i could do it without any nervousness. 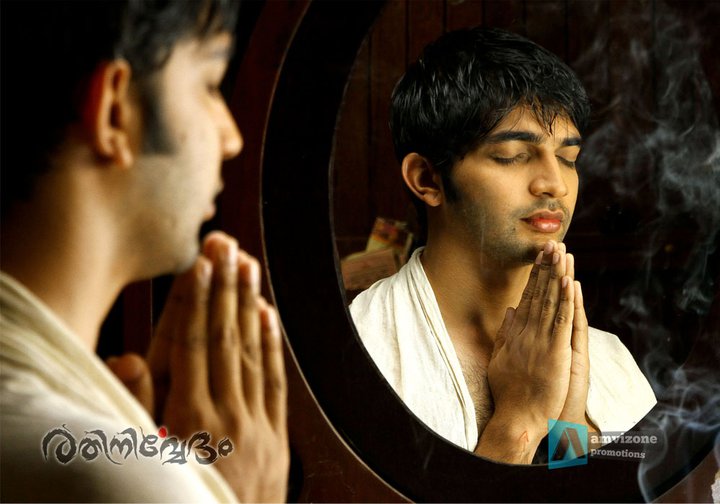 5. There are rumors that you first rejected the offer to play the role in Rathinirvedham, Would you mind commenting on that?

I got this offer when i was acting in ‘Living together’. At that time I was no aware of such a classic. So I bought a copy of it and watched it. Then only i came to know that it was a yesteryear classic and when i talked with my family about taking up this project there was some dissension from the family members.  T. K Rajeev Kumar sir talked to my mom and it made her convince about the exact theme of the movie. After that with all the support from my family I started doing this project.

6 Two films back to back with legends in Molly wood , how do you see this opportunity ?

Starting my career with two legends are beyond words, It’s a great opportunity, actually everybody doesn’t get opportunities like these. By God’s Grace I was lucky enough to have this awesome  chance. By acting in Rathinirvedham I even got a chance to be a part of Padmarajan and Bharathan sir’s classic.