Well, this is a statement which every citizen in Kochi as well as in the state is dreaming of- to live in a corruption free Kerala. In order to reach this, the Anti-Corruption People’s Movement has put forth a programme.As a part of the Anti-Corruption People’s Movement and with their supervision, “Corruption-free Kerala” programme will be inaugurated in the state level on June 5th at Kochi. 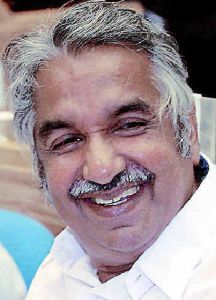 The programme which is scheduled on 4pm in the evening at the T.D.M. hall in Kochi will be inaugurated by the Chief Minister Oomman Chandi. On the press conference held earlier, the authority heads of the Anti-Corruption People’s Movement have told that such a step is taken in order to check and decrease the corruption rates in the state and is a major step towards stopping the corruption act! They have also told that the public can be freed from the corruption in the state and find solutions and necessary steps to be taken for the same by the free service of the authority. The public can directly reach the authority and give away their views and complaints so that they can get the solutions at an earlier time.

This movement can greatly help the public to a greater extend. Hope that this movement does not curtain itself by the corruption act and change the name from Corruption-free Kerala to Free-Corruption in Kerala. What do you people have to say on this new step taken by the government??? Give your views and opinions!!