Goshree Island Development Authority ( GIDA) has announced that it will starting a cruise boat service around Cochin from April next year. For all the people who hire boats for a back water cruise, you need not do so. The GIDA has announced that a double decker boat will be purchased. The fare on the upper deck will be fixed, while the lower deck fares will be variable. this boat will take a circular route. Four boat jetties – Ernakulam, Mattanchery, Fort Kochi and Vypeen – would be modified and renovated as part of the development projects being implemented in Goshree islands. The areas under GIDA include Elamkunnappuzha, Njarakkal, Nayarambalam, Edavanakkad, Kuzhuppilly, Pallippuram, Kadamakkudy panchayat, Mulavukadu panchayat, Fort Vypeen, Gundu Island and Thanthonnithuruthu. 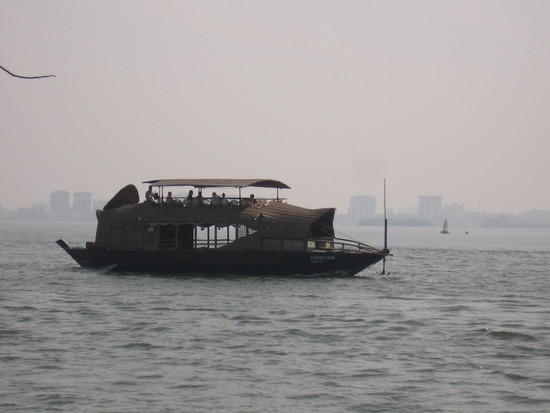 The renovation of jetties includes construction of approach jetties, toilets, passengers’ waiting area and tile-paved walkway. Projects worth Rs 300 crore, including drinking water, ferry services and housing infrastructure, are being implemented in these places. The service is said to start next April.

View all of Abilash's posts.