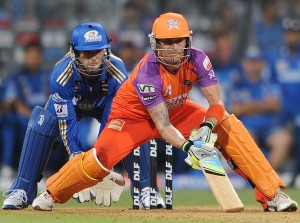 Merely a week ago Kochi Tuskers Kerala have played their  last league match and everything here in Kochi is now getting back to normal. A very much anticipated KTK showed glimpses of  what they can do in two three matches in which they thrashed the invincible teams like  Dhoni’s Chennai Super Kings and Sachin Tendulkar’s Mumbai Indians. This  article is a review on  KTK’s onfield  performance  as  a lot has been told about the  off-field mavericks caused by the IPL in Kochi.

Although Kochi put up a close fight in first two matches, against fellow debutants Pune  Warriors and Royal Challengers Bengaluru  they failed to open their accounts in the point table .  But later with the wins against Mumbai, Chennai  and Kolkata they managed to gain a reputation  as The – Giant Killers of Ipl 2011, but looking back at their campaign it seems their lack of consistency is the only thing which can be held up responsible  for thier premature exit from the tournament.

When we look into the team ,individual wise Kochi is a  Bunch of players which can turn the game on their shoulders on their day. The likes of Brendon McCullum, Mahela Jayawardene , Brad Hodge can be very devastating when they are on  song and worlds highest wicket taker in all other formats of the game Muttiah Muralitharan. And some nice blend of Indian players like Sreesanth , Ravindra Jadeja  and R.P Singh. But  they all  failed when they had to stand up do what was required on a consistant basis. 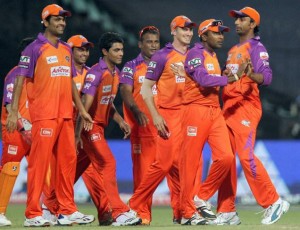 Moreover this  is just  the first season and compared to fellow debutants Punewarriors Kochi was far  better. And with proper team selection, team spirit  and  little bit of luck Kochi Tuskers  have lot to look  forward to. Also it is an awesome showcase for local talents like Parameshawaran and Raify Gomez.

What do you think about the performance of out Tuskers? Do let us know your thoughts in the comments.