Cochin city transport system was ruled by the private buses. Putting an end to the monopoly of private buses, KSRTC buses started service in the city today .50 buses were flagged off by the transport minister Jose Thettayil. The service is named Thiru kochi  All the main locations of Cochin will be connected by the KSRTC services. In future more low floor bus service will be implemented in the city. 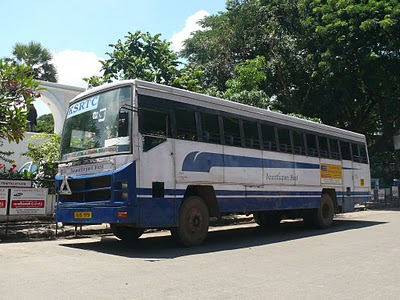 Another decision that will be implemented soon is the restriction of superfast and express buses into the city. This decision was taken as part of the congestion control in the city. So long distance travellers who wish to enter city should alight at the bypass junction.