Metro rail, a soon reality in three years for the Queen of the Arabian sea, Kochi. The first tier-II city, Kochi, among all the states of India to be allowed the metro rail transit system under the Central Government plan, which is to permit cities for a metro rail which has population over 2 million. The rapid transit system project was inaugurated last year on September 13th as Prime Minister Manmohan Singh laid the stone and our Chief Minister, Shri. Oommen Chandy waved green, officially commencing the piling work at Jawaharlal Nehru stadium, Kochi. Chief Minister expressed his excitement and said, it was a ‘proud moment’ for God’s own country, a beginning for the dream come true for Kochiites. 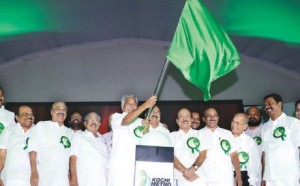 The ambitious project was first named Komet (short name of Kochi Metro) by KMRL’s first Managing Director, Tom Jose, and now as per official implications, the`5,182-crore Metro Rail is rechristened as ‘Kochi Metro.’ The project is undoubtedly challenging and the first phase of construction alone is calculated around 5181crore.

Let’s see the vision of this colossal project and it’s strategic plans.

The metro rail project is set with the intent of guaranteeing a world-class system which elevates the quality of life. The mission put forward by Kerala Government assigned to DMRC (Delhi Metro Rail Corporation) is to offer people of Greater Kochi area a safe, user-friendly, efficient, environmentally feasible and reliable rapid transit system.

The long dream for years will come true in three years only if we could keep labour, land acquisition issues, hartals, strikes, unnecessary political indulgences at bay. 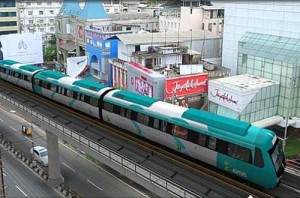 E. Sreedharan, principal advisor to both the Delhi and Kochi Metro Rail Corporation said, “the metro rail project can be a reality within three years if various issues like strikes, shortage of sand and labour problem are avoided.” he added, social commitment is of utmost importance which helped Delhi Metro to see a completion before the scheduled date, which once again showed the power of collaboration. 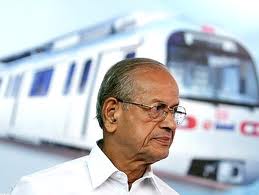 Enforcing this Central-State joint venture with private – public partnership, will reap good for the city, the same time we need to overlook on  the conflicting issues. Kochi Metro could change the facelift of the city, moving to a greener, pollution free metro, but can it really brush aside the fears?


Let’s see the public concerns on the project.

The tight schedule of the metro package declared that, 45% of the project cost would be funded from external loans and borrowings from domestic funding bodies, kept as an immediate source next to availing overseas loans. KMRL has plans to build up a cost effective metro though assuring modern features similar to international metros for the Kochiites. This makes Kochi commuters more anticipated of the CBTC (Communications-Based Train Control) system introduced to check on the safety concerns. 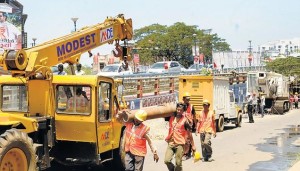 Though it was difficult to beat the monsoon tremors and unpredictable weather conditions, the piling and digging work is currently at progress seeking to cope up the delay.

This prestigious infrastructure project of the state launched for the benefit of urban agglomeration is expected to finish by 7th June 2016 if all the minor issues, unprecedented barriers are put through the right way. For the success of metro trains to run smooth in the city, Government seeks determined support of Kochiites, which will surely make the venture an identifiable credit on the urban map of India.