Step Up 3D is the very first dance film to be shot in 3D and its a real treat for its fans. The film got released on September 6,2010 and me and my friends were eagerly waiting to its release in Cochin,Kerala. After the wait of 2 months the movie released in Cochin at Sridhar Cinemas and Cinemax Cochin and we watched the movie @ Cinemax Cochin. 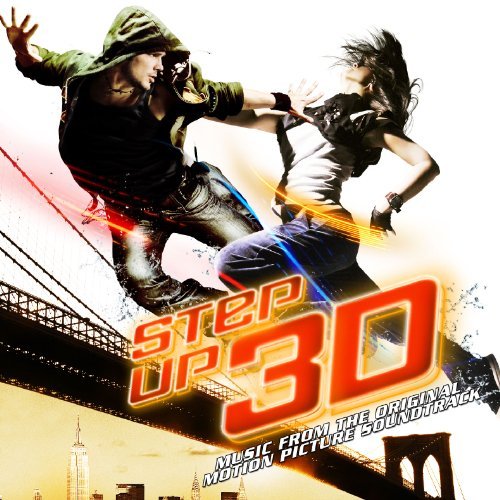 Well not dragging any more further lets get into the review.

Step Up 3D has no right whatsoever to be a good movie, and yet here we are anyway, calling it the best film in the Step Up franchise. Step Up 3D is a good movie. Of course, Step Up 3D isn’t just a superhero movie, it’s a superhero team movie. The movie is not an instant classic, but a genuine celebration of music, dance, filmmaking, and yes, even 3D, and their power to entertain. The movie do have its flaws, but for once a movie in this commercially successful but critically maligned franchise actually overcomes its idiosyncrasies, rather than succeeding in spite of them.

Some of the dancing was fun, but some dance number relied on dancers facing the screen directly and reaching arms out into the audience. The dancing also felt slowed. Though Chu said that this was a tactical choice to help the audience keep eyes focused through 3D lenses, I wonder why they didn’t just film the dancing fast and then slow it down? Even slow motion would have been more impressive.

Was the movie better in 3D? Undoubtedly, but in surprising ways. The Director made the most of the 3-D technology, cleverly using foreground elements, complex choreography and an enhanced lighting scheme to make the most of the process while diminishing its more negative effects in the movie. There are distractingly silly nods to a gimmick made throughout the film in the form of Moose popping CGI bubbles and a preposterous bit of product placement for Icee in a big romantic scene, but the movie always settles quickly back in to what it’s best at: beautiful dance moves. There’s a number I particularly liked where they used Jazmine Sullivan’s “Bust Your Windows” as an elaborate James Bond-styled tango of espionage. The music fit the scene perfectly, the lyrics less so, but this is one of those films where listening to what people say comes secondary to the way they move, and in this context there’s nothing wrong with that. There were a number of scenes simply walking around New York City, hanging out by the East River or on the rooftops, and these moments were much more alive and scenic thanks to the 3D filming. I think 3D could honestly have a place in a real drama, or at least a genre outside the normal horror and sci-fi realm.

Step Up 3D is perfect summer entertainment: sunny and entertaining, without any of the unnecessary melodrama that sank the previous films in a bog of their own ambition. This is lighthearted filmmaking that deserves to be praised, even if it doesn’t belong in the upper echelon of the dance (or superhero) genres.

Very important thing to share / notice : Watch the movie in 3D else don’t watch it. If you want to enjoy and move along with the movie, then watch it only in 3D ..!!!!!