After the big social media revolution against the Kochi IPL team name , Kochi Indi Commandos ,  The kochi ipl team has decided to change the name and they are inviting the fans to suggest the name .

Kochi IPL teams official site is now active with an online poll to pick a new name for the team.The options include Titans , Commandos , Tigers , Tuskers , Heroes  and united. The fans have an option to pick from Kerala or Kochi along with the names .Even though there are some serious flaws with the voting app, we should appreciate the initiative. Vote for your favorite team name guys . Lets pick a killer name for the team . 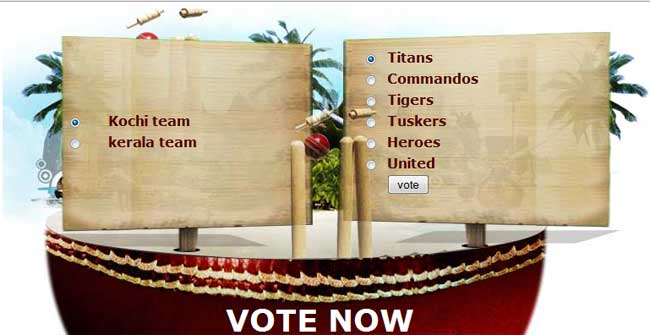 Vote for the team here .